July Meeting is at Randi's house on July 16th.  We will do our annual Salad Potluck and take a walk on the trail like we did last year.  If you want to walk, come at 6:15 pm.  If you just want to come for the "eats", come at 7:00 pm.  RSVP to Randi (not "reply all") at penguin9@aol.com with what  "creative" salad you will bring, and if you are walking or not.  If weather is nice, we will eat outside, but bring a wrap in case it is a little chilly or windy.  Randi will provide appetizers, bread, drinks, and dessert.

Happy Hour this month is downtown on July 2nd at:

Meet at Vicki's house at 3:30 if you want to carpool. Let Vicki know if you want us to wait for you.
Please RSVP to Vicki.

Once again, the Nevolis hosted another night of bunco fun, as well as providing beautiful sunset skies and some much needed rain! 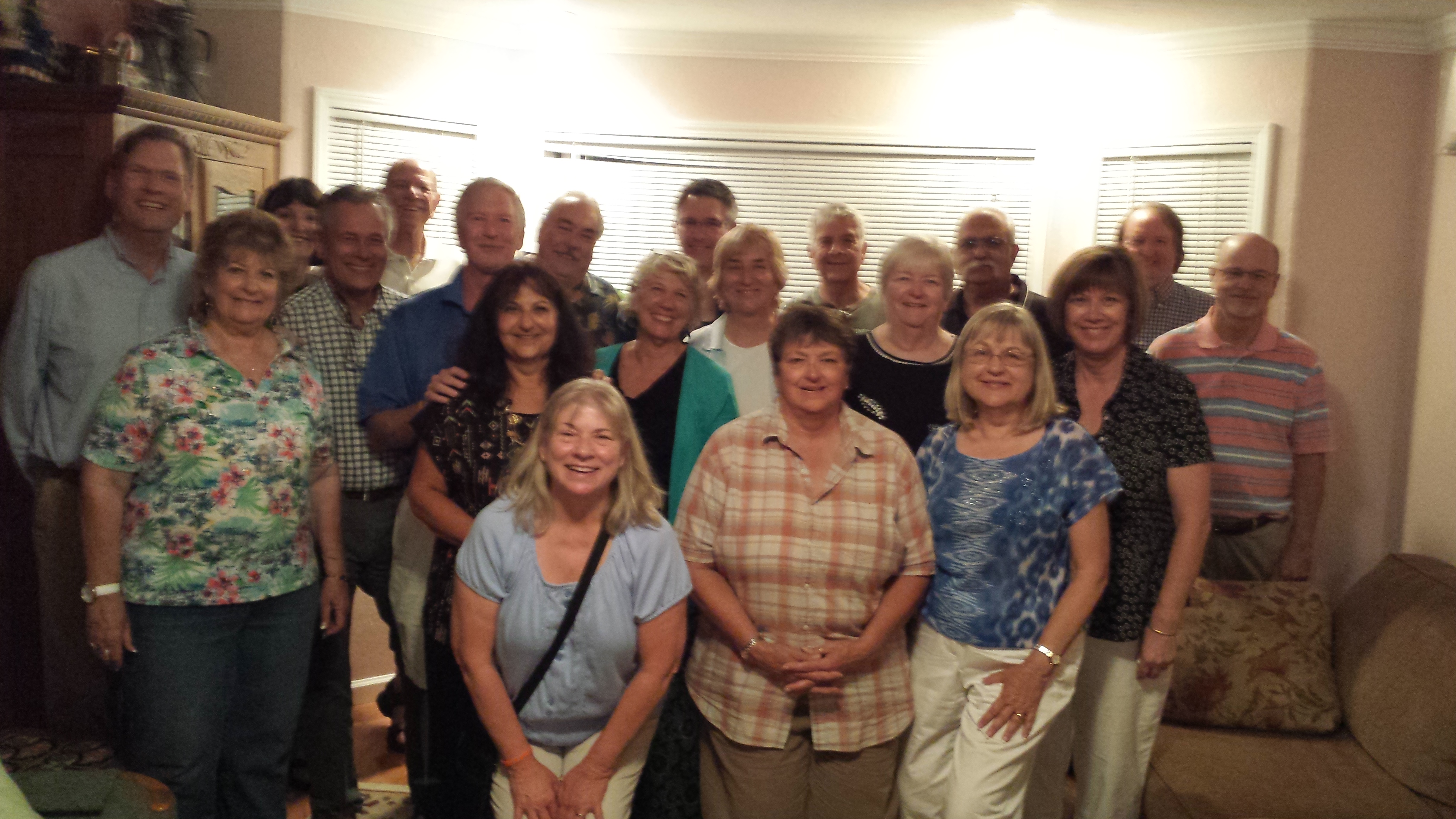 Shirley scored on "Middle of the Road", Janis was the final winner of Traveling, and Ginny was the last one sitting in the "Lucky Chair".


Tuesday, July 21st at 11:30 a.m., we will meet at the "Siena Bistro" in Willow Glen.  This is a hidden gem behind the Le Bou that is on Lincoln.  You can park behind Le Bou and you will see it. If it is nice, we will try to eat out on their patio. Please RSVP to Randi at penguin9@aol.com by Saturday, July 18th as they are closed on Sunday and Monday.

The 3 suite rooms that Randi had booked have been cancelled.  Kathy Roessler was able to reserve a house.  (Once this editor receives details from her, they will be added.)
These people have sent checks to Sue Ballard ---Robin, Shirley, Merrilee, Janis, Randi, Marti, Sally, Mary R, Ruth, Kathy R, and Cathy H.  Merrilee may now not be able to go due to a wedding in Colorado.  Sharon has her check in the mail to Sue B.

The ones who have said they are not coming are Vicki, Joan and both Sues.

There are things to do in the Sutter Creek/Jackson area:


Here is a link to Jackson itself:


Away coffee for July will be on the 25th.

For those at Pinecrest, it will be at the Serene Bean.

For those in town, it will be at LK Tea & Grill.