Happy Holidays everyone, the Christmas party has been moved from Merrilee's house to Janis' house as Merrrilee doesn't think they will be moved in and ready to entertain by the 13th.  Maybe she can host the January planning meeting to show off her new digs.  The meeting is on Thursday, December 13th and will start at 6:30.  Gift theme is accessories (what you choose to accessorize is up to you - people, house, garden....use your imagination)   So far we have the following people signed up for food :

Need some more main dishes, appetizers, a side dish, and desserts.
Please let Janis know ASAP if you are coming and what you are bringing.

The wonderful colors of Fall are now resting on the ground. Thankfully, we acquired a riding lawn mower that also mulches and picks up leaves. As much work as it requires to gather leaves, it is great to see the lake through the naked trees.
November is a done deal and around Branson you might never know we had a November. The town is in the “Christmas” mode from the first weekend. We get lots of tourists coming and getting their decorations up almost eliminates Thanksgiving. Even our neighbors have lights up and trees inside.  I being a traditionalist, removed the Thanksgiving decorations yesterday and will dust and shine all week before pulling out Christmas pageantry next weekend for the first of Dec.
One day at the library a lady approached me and we chatted. By the end of the conversation I had added three events to my calendar. She invited me to get back into scrapbooking and I jumped in with both feet. Scrapbooking is a never-ending job and yet I love to work on years gone by and relive the memories through photos.
We went back to Tulsa area for a family reunion on Mom Wilson’s side. The old farmhouse is still standing on the property line of the Tulsa Zoo that used to be part of the homestead. We had family from five states and four generations with Uncle Henry at 92 being the senior attendee.
The Thanksgiving gathering of Wilsons was smaller this year as the first of Walt’s sisters eight children got married in Gulf Shores, AL in a Civil War fort. Trevor went to represent us. Trevor has been traveling so much this fall. He was gone all but four days of October and now most of November. He was in Australia, Las Vegas, Los Angeles, Orlando, Tampa and then Gulf Shores AL.
Greg spent the holiday with Jami’s family so we went north towards Kansas City to be with cousins.
Walt and I have gone to three holiday concerts thus far. We saw “It’s a Wonderful Life” and enjoyed the lights of Silver Dollar City, We attended a choir recital from the area churches, and we went to see Daniel O’Donnell, and Irish swooner  who puts on a three hour concert that they tape for PBS every year. They want the Branson Event Center full so after everyone buys their $44 ticket they open it for “area appreciation” and the locals get in for $10 with a local address on our license. So if you find it on your PBS programming, watch for Walt and I on TV.
Oh, I almost forgot, the biggest November event for many is deer hunting. The deer explosion has been great so it seems everyone that chooses is getting a deer. We on the other hand sit at the kitchen table and watch 6-8 wander through the back property where they are safe and not very skiddish to having people around.
And now for a wee bit of trivia-
1)    During the 2009 deer season, 6500 hunters donated 322,469 pounds of venison to the food bank.
2)    The name Missouri comes from the Algonquin Indian term meaning “river of the big canoes”. Now we still have tons of rivers but kayaks have replaced the big canoe. Walt got his kayak this month so we can go on the many river and lake trips offered.
Hope you each had a grand Thanksgiving. And let’s hear from you. What is your family up too?

Thanksgiving in Canada - Ginny
Joan requested something from me about the trip Tom and I took to Canada during the Thanksgiving holiday.

Since the kids wouldn't be coming until Christmas, and I thought I'd save myself the marathon cooking effort, we took off to visit our northern neighbors.  By leaving from San Francisco, we only spent 2 hours and 15 minutes in the air, before we landed across the border in Vancouver.  Clearing customs went quickly as did picking up a rental car directly across the exit door from the airport.  (NOTE:  If you don't want to rent a car, the Skytrain is also located nearby to take you to downtown Vancouver.)
Driving into town we were able to pass various neighborhoods.  Everything we saw was well kept and clean.  Even though it was lightly sprinkling, workers were raking leaves in neighborhood parks.  The one major difference I observed with the houses that we passed were the high hedges in the front yards of many of them.  The hedges hid the houses from the street so you were only able to peek at them through their driveways.
We stayed at a hotel in the center of downtown Vancouver.  The city was as clean as the neighborhoods we had passed.  The streets were always full of people so walking anywhere always felt safe.....even late at night.  Also, from the city center one could easily walk to the port area, many shopping areas, and fabulous dining!
One day we drove to Whitler to see the ski area, as well as enjoy what we heard was a beautiful drive.  We weren't disappointed.  The views of the water and mountains along the trip was certainly worth the trip.  The drive was very easy and took only 90 minutes.  In the town of Whistler we enjoyed strolling along the lanes, visited the local craft fair that was in town, and were impressed by the two mountains - Whitler & Blackcomb.
The Vancouver area is a number of connected islands of varying sizes.  The airport is on Sea Island.  Granville Island is a very small island with a Public Market that we enjoyed eating our way through one morning.  Stanley Park, an urban park we enjoyed visiting, is at the end of Vancouver Island which connects to North Vancouver via the Lions' Gate Bridge.  After crossing into North Vancouver one day, we traveled further north to the Capilano Suspension Bridge which is a 450-foot long suspension bridge, 230 feet over a river and a West Coast rainforest.
So, if you want to visit somewhere that you can travel to quickly and easily........that is clean and safe......see beautiful scenery.........and enjoy great food.......visit Vancouver!

We meet every Saturday morning at 9 am at Le Boulanger at San Felipe and Yerba Buena.  There is a Starbucks nearby if you need something "special" to go with your bagel or pastry.   Away coffee for December 15th will be at Great Bear Coffee in Los Gatos. http://www.yelp.com/biz/great-bear-coffee-los-gatos. There is parking on the street or there is a lot behind the Coffee Shop too.  I am hoping after coffee you will want to come down and visit the "Butter Paddle" (a few doors down) where I am doing volunteer work.  I have to be at work that day at 9:45am.  There are great gifts and decorator items in the store and all the money goes to charity (Eastfield Ming-Quong Families First... for children and families in distress) and the store is staffed 100% by volunteers.

They Teach It at Stanford

In an evening class at Stanford the last lecture was on the mind-body connection - the relationship between stress and disease. The speaker (head of psychiatry at Stanford) said, among other things, that one of the best things that a man could do for his health is to be married to a woman whereas for a woman, one of the best things she could do for her health was to nurture her relationships with her girlfriends. At first everyone laughed, but he was serious.

Women connect with each other differently and provide support systems that help each other to deal with stress and difficult life experiences.

Physically this quality "girlfriend time" helps us to create more serotonin - a neurotransmitter that helps combat depression and can create a general feeling of well being. Women share feelings whereas men often form relationships around activities. They rarely sit down with a buddy and talk about how they feel about certain things or how their personal lives are going. Jobs? Yes. Sports? Yes. Cars? Yes. Fishing, hunting, golf? Yes. But their feelings? Rarely.

Women do it all of the time. We share from our souls with our sisters/mothers, and evidently that is very good for our health. He said that spending time with a friend is just as important to our general health as jogging or working out at a gym.

There's a tendency to think that when we are "exercising" we are doing something good for our bodies, but when we are hanging out with friends, we are wasting our time and should be more productively engaged, not true.

In fact, he said that failure to create and maintain quality personal relationships with other humans is as dangerous to our physical health as smoking!

So every time you hang out to schmooze with a gal pal, just pat yourself on the back and congratulate yourself for doing something good for your health! We are indeed very, very lucky. Sooooo, let's toast to our friendship with our girlfriends. Evidently it's very good for our health.

Thanks to all the girls in my life who have helped me stay healthy, happy, and feeling very loved.

Life isn't about surviving the storm; but how you dance in the rain. 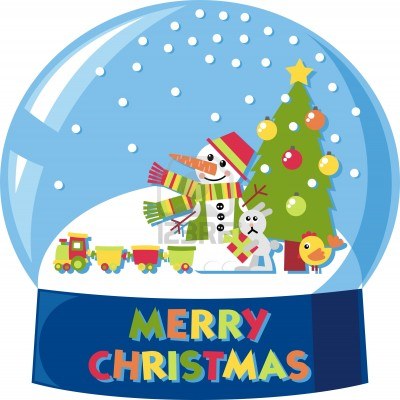 Put in your complete address & get your home ready for the holidays!